Thoughts on Game Based Learning and Gamifying the Classroom 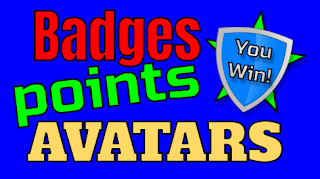 I started this blog eight years ago as part of my master's program. As it changed over the years, I drifted quite a bit from my initial purpose of sharing my classroom games on it.

Of course, the ed-tech landscape has changed a lot since 2011. In my district at the time we had just installed a big round of interactive whiteboards. Only one or two teachers had an iPad. I had never touched a Chromebook and no school I knew of was using Google Apps for Education (as we called them when they first came along).

A decline in classroom games on interactive whiteboards is just a part of the overall trend I've seen in recent years. It's been a gradual shift away from the bells and whistles with more emphasis on the learning. Even though I'm a game designer and even though I had a blast in those years using those bells and whistles for fun projects, the shift toward effective use of tech for deeper learning has always been my real passion.

After returning from Michigan's largest ed-tech conference in March, I was thrilled to tweet this observation.

The best thing for me about the sessions I attended at #macul19 was the focus on instruction, relationships and culture instead of the tech tools. Tech can support and amplify the things that matter most.
— Mike Petty (@mpetty39) March 24, 2019

But what does this changing landscape mean for a blog with "classroom games" right in the title? Will it necessarily be a thing of the past? I sure hope not!

As we know, right along with the other changes in the ed-tech landscape, we have heard more about gamifying the classroom or game based learning. I actually stayed away from those terms on this blog for the most part, at least in any formal sense. But now as trends change and my blog title stays the same, I figured I'd touch on them directly.


So if I have students play an online game about genetics to learn about basic terms and concepts, that's Game Based Learning (GBL). In these cases the students could tell you the game they played and what they learned about the topic at hand after participating in the lesson. Though I often didn't use the term and didn't always specify the learning objectives, most of my games highlighted on this site lend themselves to these types of lessons.

Gamification, on the other hand, just borrows elements from games that make them fun and uses that in the classroom. So maybe we take something like leveling up, getting a new avatar or scoring points and we make ways to do that in science class over the course of a marking period. It might be giving students digital badges for meeting specific objectives. We don't necessarily stop and play a game to learn, but the lesson or the overall progression through the course might feel more like a game.

After years of experimenting with these two concepts in classrooms, here are some general observations I've made:

So there are a few statements about games on my blog about classroom games. Maybe that will provide fertile soil for further on-topic posts in the months ahead! If not, at least I had the foresight to put "and tech" in the title.
Posted by mpetty39 at 11:13 AM